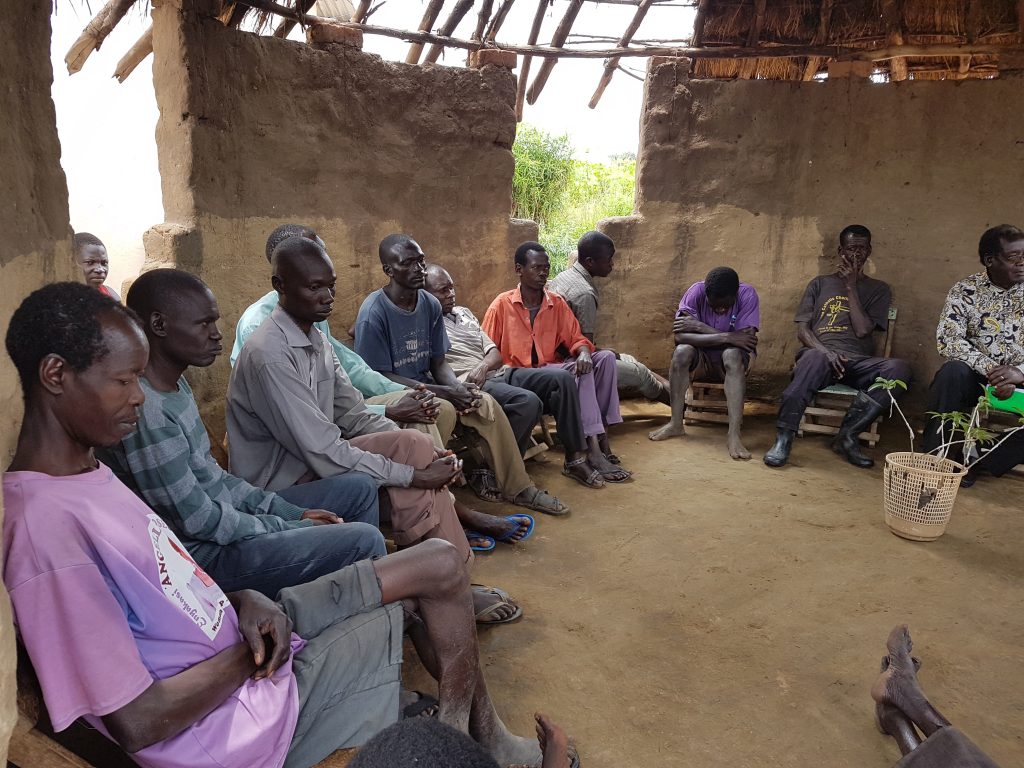 In 2017, the rural farmers were gathered waiting to meet Estella to discuss about their long-term problem, which is lack of improved cassava seeds and lack of knowledge on agricultural practices, among others.

However, during gender sensitization meetings, many men began to express gender issues. They made use of the given opportunity to discuss gender issues openly in sensitization sessions and other meetings with more fellow men. Additionally, many male farmers frankly expressed their training needs to take into account-women empowerment, so to realize gender equality at household levels in their communities. They made positive comments about the gender concept and the significant role of women to contribute in agricultural development. However, many men agreed that, instead of keeping the constraints that hinder women from participating effectively in meetings, so many men made advocacy for inclusiveness of women to discuss issues, their roles and active participation in agricultural sector. This was great idea.

Many men concurred that, women?s active participation can propel agricultural development as well as development in their local communities. In Akakai rural farmers group, many men started to go out of their way to encourage women to join and attend meetings. During discussions in the meetings, both men and women deliberated equally and concurred that, they were very poor and malnourished. They are un-able to increase their incomes and to support their families economically. As a result, they experience famine at household levels, due to shortage of food, abject poverty and bad socioeconomic conditions, in Soroti District.

In May, 2017, the management of ?Paradise Technical Services? offered cassava seeds to an agricultural Company called ?Orwada Integrated Farmers? operating in Eastern region, in Uganda. The improved cassava seeds were successfully planted in Akakai, Orwadai and Amusus villages in Soroti and Amuria Districts. Additionally, ?Paradise Technical Services? and ?Foundation Linking Together? agreed to continue supporting the rural farmers in Eastern region, in Uganda. In February, 2018, Estella conducted a two-day training workshop in the communities of Akakai, Orwadai and Amusus, in Soroti and Amuria Districts. At least, 160 rural farmers received training on how to form a producer cooperative and how the cooperative works. The rural farmers agreed to select people who will form the Board of a Cooperative.